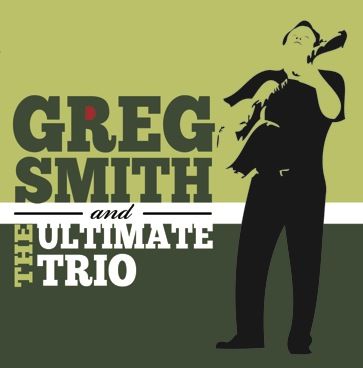 Okay, Here goes. This could be about as interesting as watching paint dry so to prevent that, I've tried to keep this amusing and narrative.

I've been an extreme jazz fan for the last 40 or so years, with a wide range of interest from Louis Armstrong to Bird and Diz, up through Miles and Trane, well into Mclaughlin, Corea, Coryell and friends, and up to the current crew of Kurt Rosenwinkel and his crowd. A well diversed bunch of players, let me tell you!

I've worked over the years on learning the tunes and solos of these great musicians but I've had a minimal amount of performance space to actually play the music of these masters due to other commitments. 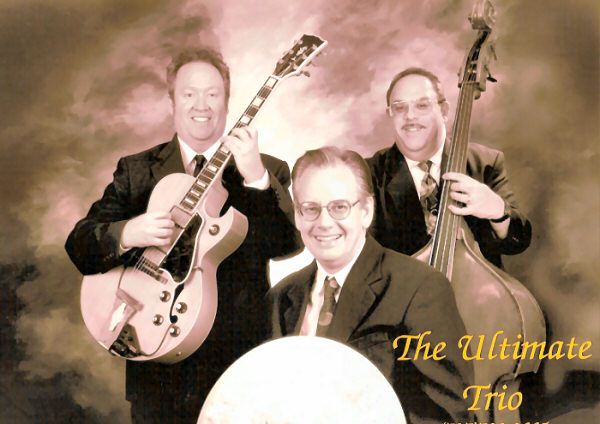 Well, enter the great musicians and good friends of mine, Jeff Avrin on bass and Don Hood on drums. Through the willingness and care of Rochelle Smith, the owner of the night club, " A Taste for Wine" in downtown St Pete, FL, we had a venue where we could play without restraint all of our favorite tunes by Miles Davis, Wayne Shorter, John Coltrane, Thelonious Monk and many others, where we could stretch out and play extended solos and really explore our improvisational abilities.

And that we did! From mid-1999 till mid-2002, we did over 50 gigs, playing our hearts out on whatever we wanted to play. In this giant musical incubator, we played our favorite jazz tunes that we grew up with by our musical heroes. As a kind of "quality control" drill, I hauled along an old Fostex 4 track recorder that was fixed with rubber bands and could only operate in "play" and" record". With this archaic device and  hit or miss microphone placement I recorded every performance, mainly to listen to my soloing on the way home from each gig. I threw the cassettes in several big boxes, which gathered dust until early this past year.

As I was contemplating making a new CD early this year in follow up to my 1st  2 recordings, I got a brainstorm idea to pull out and review these old tapes as I recalled vaguely a lot of fire from these performances. Well, I was pleasantly surprised to hear the high quality of playing we had done. The first project I undertook with these tapes was to put together short, one tune videos for each tune I deemed good enough to use for my Youtube channel (a lot of which are still in place if you want to check them out). The way I did this was to go through over 300 tunes mainly late at night, usually finding me falling asleep mid each tape! I ended up with about 150 useable tunes for this function as described.

The next phase came to me suddenly about 4 in the morning one night (when I get some of my best ideas), the idea being to go ahead and digitally re-master these tapes, using the genius and skill of my good friend and recording engineer Tony Rockliff. Using his superior equipment and Samplitude recording software, we started digging into this treasure chest of tunes. We re-mastered over 60 tunes, carefully chosen for the best recorded sound and the best playing.

The next step was a bit arduous, going through these 60 tunes and choosing which to use and which to discard - a hard process, as I really liked most of what we had sifted it down to by this point. But I ended up with 15 of the strongest tunes which work well as a unit.

I thought I would give a breakdown of each tune and the particulars about each:

Nothing Personal- Michael Brecker is probably my most favorite musician of all times. He recorded this tune from Don Grolnick on his first CD, “ Michael Brecker”. I just got the idea we should play this tune, memorized the melody, wrote a quick chart, had a quick talk through of the tune with the bassist and drummer and Boom! we played it at the gig and recorded it. I thought it came out pretty good!

It could Happen to You - Beautiful tune by Jimmy Van Heusen, I first heard Chick Corea's version on his solo standards CD. We played it twice with the Ultimate Trio at gigs, once so fast we had jaguars barely passing us! On this version. I said “Boys, let do this medium tempo, very in the pocket groove, but let's make it very conversational like we're sitting here talking.” And that's just how it came out, like a small group of friends sitting around shooting the breeze.

Four on Six - Wes Mongomery's classic tune based on the chords of Summertime by George Gershwin.

On this one, we had several takes to choose from out of all the times we gigged. I felt this one had the best energy, particularly on trading fours with Don on drums. The tune is enhanced by Don's “yeahs!” egging on Jeff in his bass solo and a final “ Yeahhhh!”, like Jim Carey's character on the Film “The Mask”- pretty funny!

Footprints - Wayne Shorter's cool minor blues tune, from “Miles Smiles”, the classic Miles Davis mid 60's recording. The beginning started a bit rough and background-ish so I chose a fade-in ( hey, if the Beatles can do it so can I) which lent a mysterious creeping quality to the tune. Nice playing all around.

Estate - A beautiful bossa jazz standard by the Italian composer Bruno Martino, which translates to “Summer” ( no this isn't about an estate sale like we see weekly in Florida, cars parked every which way on the street). I played this tune lots with Gary Relkin in our group” The New York Guitar Cats”.

I believe it's the only time we played it with Ultimate trio, came out quite nicely, I'd say.

Song of the Wind - Great tune by Chick Corea, one I've always loved and also shyed away from, due to the density of chords and difficulty level. But one day I got a chart for it and said "oh, what the heck” and I worked it up a a solo guitar piece. I then had one rehearsal with the band ( a rarity, we usually played totally off the cuff) and presto! We played it once and a gig and recorded it - I like the results.

Prelude to a Kiss - Beautiful Duke Ellington tune. I believe I was reading an arrangement of it that was printed in the great guitar mag “Just Jazz Guitar”, and out of that put together my own version. There's a bit of crowd noise on this version, which gives an intimate club feel. In the middle there was a whirring expresso machine which gives an unusual ambiance to the recording, not at all unpleasant. After my improvised ending the drummer did a Hollywood symphonic drum roll which apparently awakened a dozing member of the audience, who began laughing hysterically- very funny stuff!

Yesterdays - Great old Jerome Kern chestnut. A bit more crowd noise than last one which has the sound of a Doctors convention. Great playing and lively version.

Monk's Dream - Nice Thelonious Monk tune. We learned it, played it a bunch and recorded it, not much more to say about it than that!

Little Melonae - Cool snaky and weaving melody by Jackie Mclean. Nice trading fours between me and Don, lots of fun.

Eighty One - A very hip sounding funk tune by jazz bassist Ron Carter. I had 3 really good versions for the CD, this one beat out the other 2 due to better sound quality. A funny and cool story on this one, I was having trouble locating the publisher for this tune. I contacted ASCAP ( the company that ensures musicians get paid for their performances) and got a phone number. I called it and it turned out to be none other than Ron Carter himself! After I got over my school boy shyness we had a great conversation and ended wishing each other a great holiday season. A very fun time.

Joshua - Great tune by Miles Davis. I borrowed a bit of the guitar arrangement on the main melody by jazz guitar great John Scofield, but then we took it into the ozone. Good playing, fun tune to stretch out on, which we did.

Gingerbread Boy - Very cool tune by saxophonist Jimmy Heath. Some conversation from a few of the women in the club we were performing gives kind of a gospel-like proclamation -exclamation feel at points through the tune (I have feeling none of the women were really listening to us, though!). A funny laughing guitar at the end, done totally off the cuff.

Paraphernalia - A very Miles-ish sounding tune by Wayne Shorter, recorded on the famous “Miles in the Sky”. A brooding melody that goes into a medium tempo jaunt. I feel this tune gives a nice “ on the corner” type feel to help wrap up this CD.

The Peacocks - Beautiful mysterious ballad by Jimmy Rowles. Living in a neighborhood with wild peacocks, I really get the mysterious feel these birds give hearing their cries float across the breeze.

This is a new recording, done in my home studio on my sturdy Taylor acoustic guitar. A funny story that turned out for the good, when I recorded it, a short developed in my guitar cord which created a on/off right and left speaker sound. When I listened back I saw this electronic glitch created the back and forth cry common to peacocks calling to each other through the night so I left it in.

The end result is a lively recording of some very lively playing on all our parts. Tony did a beautiful job re-mastering the tunes, making each instrument "pop" in the mix. Some of it is a bit distorted and occasional warts show up, but this is live paying at its best, unencumbered and freely expressive.

The master graphics artist Jason Regensburg topped it all off with a wonderful CD design that catches the mood of this recording perfectly.

So, there you have it! Thanks for reading all the way through this little essay. I hope you enjoy the music as much as I did in performing and assembling it!